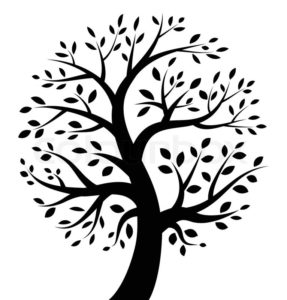 News of reprehensible things still shocks and unsettles most of us, as it should.

I worry, though, that we are careening toward a national normlessness and undergoing a public desensitization which will result in our merely noting, not decrying and crying over, awful things.

It’s right for us to be sickened and saddened a domestic terrorist mailed at least thirteen pipe bombs to a public figures who have been critical of Mr. Trump; that a gunman opened fire on people gathered for worship at the Tree of Life Synagogue in a Pittsburgh neighborhood; and that a white gunman, motivated by racism, brutally murdered two African-American shoppers in a Jeffersontown, KY grocery store.

These egregious events reveal how maddeningly capable human beings are of failing to respect others’ God-given dignity, and they also strike at fundamental American rights and freedoms.

We grieve and lament: people precious to God, made in God’s image, and beloved by God were targets of terror and victims of murder. What happened to them is tragic and heartbreaking.

Lord, how long?  Lord, have mercy.

And, here is something harder for me to acknowledge: the domestic terrorists—this time, white middle-aged men—are also precious to God, made in God’s image, and beloved by God. What combination of factors made it possible for them do what they did? Primal fear? Toxic shame? Psychic wounds? Propagandized hate? Poisonous rage? Addiction? Inexplicable evil?

We should be troubled by expressions of discrimination and certainly by violent ones. It’s also crucial to remember that, while physical violence rightly claims so much of our attention, violence uses other weapons: verbal and emotional abuse, strategic and calloused silence, and systemic and institutional prejudice.

Worshipers should be able to gather without fear of violence in their churches, synagogues, mosques, temples, and meeting houses; and, in my view, it is craven surrender to a way of life we do not want and a forfeiture of the peace for which our religions pray and work, to say that the answer is for congregations to arm themselves for battle or to pay guards to do violence in their names.

Any time we tolerate, wink-at, overlook, give tacit approval to, or minimize attempts to squash dissent, debate, disagreement, protest, voting, and a free press, we are participating in the denigration of liberty and contributing to the failure of the most worthy dimensions of the U.S.-American project.

There are times when we who follow Jesus, like other people of conscience, must raise our voices in prophetic protest against the flaws and wrongs of our nation. The United States, like all things human, falls short of its own promise and certainly “sins and falls short of the glory of God.”

We are living in such a time.