What Matters is Who We’re Becoming 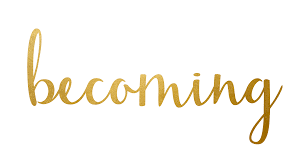 “Didn’t you used to be Guy Sayles?”

That’s what a fellow asked as I waited behind him in the checkout line at Ingles.  When he realized what he’d said, he flushed red and apologized: “I’m so sorry.  I meant, ‘Aren’t you Guy Sayles and didn’t you used to be pastor at First Baptist Church?’”

I keep pondering his accidental question.

In September, Anita and I will have lived in Asheville for 17 years. My work at First Baptist Church of Asheville began two days before the September 11, 2001 terror attacks. So much has changed in our world since then.

In 2001, New York City Mayor Rudy Giuliani was a healer and unifier, Donald Trump was a Democrat, and George W. Bush was president. Blockbuster was a thriving video rental business. No one had an iPhone (not until mid-2007). The first Harry Potter movie—“Harry Potter and the Sorcerer’s Stone”–was released in November. John Grisham’s novella Skipping Christmas was a bestseller. Tiger Woods won the Masters Golf Tournament, and the Arizona Diamondbacks were World Series Champions. The Dow Jones Average closed the year at 10,021.57.

So much has changed in me. Some of those changes are the inevitable physical ones. In 2001, I needed a barber. I was about two inches taller. I watched late-nigh comedy shows “live” instead of the next day, on YouTube. I hardly ever had to say, “I didn’t quite hear you. Would you mind repeating that?”

“Didn’t you used to be Guy Sayles?”

I did. In some ways, I still am. To paraphrase poet William Stafford, there are threads I follow: fascination with, and love for, Jesus; awareness that even the apparently strong are struggling; restless curiosity; wonder at the healing beauty of creation; joy in children and childlikeness; delight in the musicality of language; and dependence on grace and mercy.

In some ways, though, I’m not, and I’m thankful.

I’ve acknowledged, and I’m wrestling with the implications of, the privileges I was granted as a white, straight, and middle class male. I keep learning how intractably systemic racism, heterosexism, classism, and patriarchy are and how entanglingly implicated in them I am.

I’m increasingly convinced that fear is what drives us, sometimes to despair or disengagement, or destructiveness of self or others. We fear being abandoned, invisible, unknown, unaccepted, disrespected, and unloved.

I’ve learned that vulnerability is a gift, not a problem. As Leonard Cohen said, “There’s a crack in everything; that’s how the light gets in.”

I’ve had to face-off with failure, not just to reach a goal or complete a project, but the failure of my strength, ideals, and hopes.

I live in existential proximity to death, and its steady presence in my psyche is reordering my sense of what matters.

I know fewer things with certainty, but the things I do know matter more. Mainly I know that God really is as good and loving as Jesus said and showed and that nothing will finally separate us from divine love.

What matters more than who we were and more, even, than who we are, is who we’re becoming. I like the way Eugene Peterson renders 1 John 3:2: “We are children of God. And that’s only the beginning. Who knows how we’ll end up! What we know is that when Christ is openly revealed, we’ll see him—and in seeing him, become like him.”